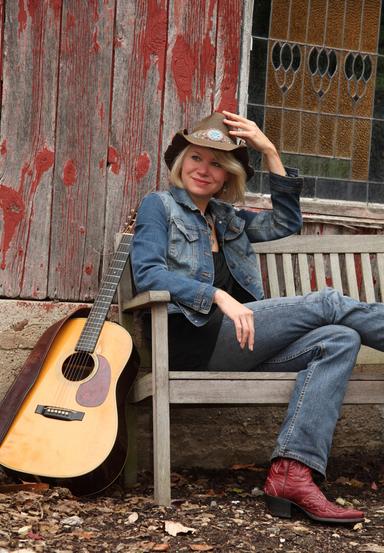 Tracy Beck is a soulful and poetic singer/songwriter who is starting to make her mark on the folk music scene. Combining her lyrics with melodic melodies and harmonica is a winning recipe for folk music fans to come. Her musical style ranges from blues and folk to country and swing and touches on many aspects of American music in between.

"Let the wind carry me into the sun as an eagle soars over the horizon," is a poem evolving from Tracy's four album releases as a recording artist. Her music lures you into reflective story telling that is fueled by longing for love, yearning for the West, in search of passion and self- discovery.  Her new release, Over the Horizon,  is full of infectious hook lines, harmonies, reflective storytelling and a diversity of tempos and moods. The album will take you on a journey from beginning to end.

Tracy is able to evoke that free spirit in her music that John Denver was famous for. Many of her songs reflect her love of the outdoors, and the mountains she fell in love with while living out west and spending time in Montana. The Milwaukee Journal stated in an earlier press release, that her album, "Let The Wind Carry Me," is reminiscent of John Denver's, "Poems, Prayers and Promises." Her release "As an Eagle Soars," combines pop country, folk, Americana and blues. Melodies of her soulful harmonica accompany her on songs of the moon. At times you might want to roll down your windows and drive. At other times you might find yourself quiet, lured into her reflective storytelling and melodic melodies.

Her music journey began in the fourth grade when she was given a recorder. She chose the saxophone for its soulfulness. Her love of poetry and music led her to the acoustic guitar. Tracy has played a variety of venues; festivals such as Bastille Days and Summerfest in Milwaukee, county fairs, small intimate cafe's such as Side Walk Cafe in New York to Cafe Lena in Saratoga Springs. She presently resides in the beautiful town of Lake Geneva, Wisconsin where she continues to perform at intimate venues in the surrounding areas of southeastern Wisconsin.

Unpredictability is an essential part of Tracy's music. What sets her music compositions apart is her eclectic style. Her unique vocals combined with infectious hook lines and ever-changing musical moods will keep you engaged. This is evident in her album, "Into the Sun." She dabbles in a variety of colors and textures in her vocal approach, delivering a rough edge, or a soft vocal touch. It is also evident at her shows. She has mastered the art performing live from years of just simply performing in front of an audience. A unique performer and singer/songwriter, among the many other independent talents that are becoming a dying breed.
Some of Tracy's influences over the years have been Joni Mitchell, Edie Brickell, Lucinda Williams, Bonnie Rait, Van Morrison, Alison Krauss, Eva Cassidy, Gillian Welch, The Eagles, John Denver, Johnny Cash, Bob Seger and Patti Griffin.